Her faith in God makes her think she is inherently good, and fighting the demons inside her. She believes that she is promised to the Lord himself, and that he will protect her. She acknowledges her dark side, however, and occasionally gives into her evil urges seducing Mina's fiance, killing Hawkes, flaunting her power to Lucifer himself.

These make her conflicted, being torn between her holy ideals and her sinful actions. So throughout the series, we see her struggle with this. She is faced with the conflict of being "who she really is.

She is a "great, fertile bitch of evil," and is repeatedly urged to give in and be who she's supposedly meant to be, a bringer of death and destruction. Intertwined in this grapple is a much more human problem, the desire for love and acceptance. She has dear friends and family, but her own demons and those who wish to control them destroy those relationships.

She finds herself plagued by loneliness, and thinks herself cursed to live in isolation forever. After a triumph over Lucifer, who sought to control her soul and use her powers for his own purposes, her victory is short lived. Ethan Chandler abandons her without an explanation. Victor Frankenstein is overcome with despair and drug addiction. Sembene is dead, and Sir Malcolm leaves for Africa to bury him.


She is utterly alone, and grappling with the guilt from her own forays into the midnight arts. Her heart is broken, and in a time of deep hopelessness, gives up her faith.

She feels abandoned by God for the first time in her life, which sends her into the depths of sorrow. Send in Dracula. As she spirals into depression and isolation, Dracula emerges and exploits her loneliness, and speaks to her in a way that cuts to her very soul. Though originally defiant to his seduction, she is taken by his promises to never leave her, never try to change her, and to let her be who she truly is. At this nadir of her depression, she believes the Mother of Evil is who she truly is, a wretched, unlovable creature of the night. And so, she gives in.

But not to Dracula. To herself. She surrenders to the darkness clouding her soul. She has been abused and abandoned her entire life, and she simply wants to torment to stop. In a moment of hopelessness, she sees no point in continuing to fight who she truly is, the Mother of Evil. But it does not last. The return of Ethan and Malcolm appear to have the effect of making her "snap out of it," so to speak.

People are dying by the thousands, rats flood the streets, and vampires infest her home and her city. This not who she is. Dracula reaches for her, but she turns away, hinting at her looming betrayal. She says not to worry about old prophecies, for they can be defied. At the time, we are led to believe she was speaking of Ethan, and that the old prophecy is that of the Wolf of God, destined to fight the forces of evil.

But I believe she was referring to the prophecy of evil itself. By spurning Dracula's touch and demanding he not harm her friends, her disillusionment with Dracula and the End of Days is made clear. And so she waits. Ethan is back in London, and surely coming for her. Reflecting on her impending death, she isolates herself to a tower, ignoring the Mother of Evil's "children. When Ethan finally comes, she laments her fall from grace. This is true but when you decide to have children you sign up for those responsibilities. A childless woman shouldn't have to come second because of your choices - that is not what I call equality.

Childless women have to contend with a condescending tone, used by parents who assure them that having a child is the most important thing a woman can ever do.

Where to find Sonya Artis online

Thanks so much for devaluing my life. The article was published by Topic Media and it hit a nerve. I had angry mothers everywhere spitting their vitriol; many of the comments had to be taken down because they were so nasty. I was repeatedly labelled a child-hater for writing such an article. What is criminal about a childless woman wanting to have a meal without the distraction of children? There are countless venues that cater for children and carry the child-friendly tag.

But it seems that any child free venture, whether it's air travel or dining -- is always viewed in a negative light. Why can't we discuss child free options civilly? Why does there have to be your team and mine? Just because I do not want to be a mother myself does not mean that I hate children.

I just want a different kind of life. Tap here to turn on desktop notifications to get the news sent straight to you. My name is Miss Childless-by-Choice. 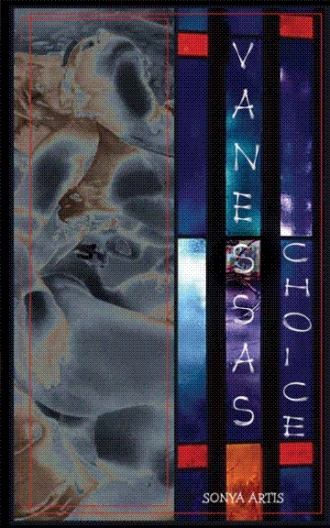 My name is Miss Childless. Miss Childless-By-Choice. Help us tell more of the stories that matter from voices that too often remain unheard. Join HuffPost Plus.

Let us know what you'd like to see as a HuffPost Member. Canada U. US News. World News. Social Justice. Donald Trump. Queer Voices. Black Voices.